Some examples of where you might find / use a recommendation engine?

Our data and use case

Let’s just say that I know many people from Amazon :D

We will be using a book dataset found here. It contains 10k books and 6 mil reviews (scores 1, 5).

Our task is to take those ratings and suggest for each user new things to read based on his previous feedback.

for a given user U, predict a list of top N elements from E such as U maximizes the defined relation.

As I’ve said, usually the relation is an something numeric, business defined ( amount of money, click-through-rates, churn, etc..)

Books are sorted by their popularity, as measured by number of ratings

We have 10k books

It appears that 4 is the most popular rating. There are relatively few ones and twos.

Most books have a few hundred reviews, but some have as few as eight.

Of course we need to first follow the best practices and split the data into training and testing sets.

Let’s think a bit about how would we measure a recommendation engine..

If you say either of {precision, recall, f-score, accuracy} you’re wrong

… are a class of metrics that are called Top-N accuracy metrics, which evaluate the accuracy of the top recommendations provided to a user, comparing to the items the user has actually interacted in test set.

A common baseline approach is the Popularity model.

This model is not actually personalized - it simply recommends to a user the most popular items that the user has not previously consumed.

As the popularity accounts for the “wisdom of the crowds”, it usually provides good recommendations, generally interesting for most people.

Unfortunately, this strategy depends on what we rank on….

Let’s imagine we have another way to rank this list. (Above, books are sorted by their popularity, as measured by number of ratings.) 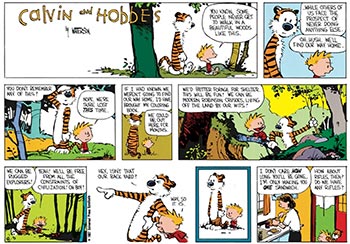 This of course is insufficient advice for good books. Title fanatics may give high scores for unknown books. Since they are the only ones that do reviews, the books generally get good scores.

We already have tags for books in this dataset, let’s use them!

Let’s see the tags for one book

And the book is…

There are two types of ids in this dataset: goodreads_book_id and book_id we will make two dicts to switch from one to the other

Then we’re going to do convert the tags into a numpy plain array that we aim to process later. The row position of a tag should match the book_id. Because these start from 1, we will add a DUMMY padding element.

Next up we want to process the tags but if you look closely there are many words that have the same meaning but are slighly different (because of the context in which they are used).

We’d like to normalize them as much as possible so as to keep the overall vocabulary small.

This process can be accomplished through stemming and lemmatization. Let me show you an example:

Lemmatisation is the process of grouping together the inflected forms of a word so they can be analysed as a single item, identified by the word’s lemma, or dictionary form.

Stamming, is the process of reducing inflected words to their word stem, base or root form—generally a written word form.

After this we’re ready to process the data.

We will build a sklearn pipeline to process the tags.

We will first be using a tf-idf metric customized to tokenize words with the above implemented Lemmer and Stemmer class. Then we will use a StandardScaler transform to make all the values in the resulting matrix [0, 1] bound.

After this point, the trans variable contains a row for each book, each suck row corresponds to a 1000 dimensional array. Each element of that 1000, is a score for the most important 1000 words that the TfidfVectorizer decided to keep (1000 words chosen from all the book tags provided).

This is the vectorized representation of the book, the vector the contains (many 0 values) the most important (cumulated for all users) words with which people tagged the books.

Next up, let’s see how many users do we have and let’s extract them into a single list.

We’ll actually write a function for this because it’s rather obscure. We want all the book_ids that the user rated, along with the given rating for each book.

We then multiply the book’s ratings with the features of the book, to boost the features importance for this user, then add everything together into a single user specific feature vector.

If we get all the features of a book, scale each book by the user’s ratings and then do a mean on all the scaled book features as above, we actually obtain a condensed form of that user’s preferences.

So doing the above we just obtained a user_vector, a 1000 dimensional vector that expresses what the user likes, by combining his prior ratings on the books he read with the respected book_vectors.

The pipeline transformation also keeps the most important 1000 words. Let’s see a sample of them now..

Once we have the user_vectors computed, we want to show the most important 20 words for it.

The last piece of the puzzle at this stage is making a link between the book_vectors and the user_vectors.

Since both of them are computed on the same feature space, we simply need a distance metric that would rank a given user_vector to all the book_vectors.

One such metric is the cosine_similarity that we’re using bellow. It computes a distance between two n-dimensional vectors and returns a score between -1 and 1 where:

The code bellow will compute a recommendation for a single user.

Which translates to the following books:

This approach gives way better predictions than the popularity model but, on the other hand, this relies on us having the content of the books (tags, book_tags, etc..) which we might not have, or might add a new level of complexity (parsing, cleaning, summarizing, etc…).

The idea of this approach is that users fall into interest buckets.

If we are able so say that user A and user B fall in that same bucket (both may like history books), then whatever A liked, B might also like.

Our goal here is to express each user and each book into some semantic representation derived from the ratings we have.

We then assume that the rating of a user would be the product between his personal tastes (the user’s embeddings) multiplied with the books characteristics (the book embeddings).

Basically, this means we will try to model the formula

We expect that while training, the ratings will back-propagate enough information into the embeddings so as to jointly decompose both the user_preferences vectors and book_characteristics vectors.

After the training is done, we can retrieve the embedding values for the books, the users and the biases in order to reproduce the computations ourselves for a single user.

And do this for every book, if we have a specific user set.

We get back 10000 ratings, one for each book, scores computed specifically for this user’s tastes.

We can now sort the ratings and get the 10 most “interesting” ones.

Again you can imagine this being all this code tied up into a single system.

You May Also Enjoy

Hide 10 needles in the haystack

Connecting Colab to a local machine

A timer context manager in python